The Comprehensive and Progressive Agreement for Trans-Pacific Partnership (CPTPP), also known as TPP11 or TPP-11, is a trade agreement among Australia, Brunei, Canada, Chile, Japan, Malaysia, Mexico, New Zealand, Peru, Singapore, and Vietnam. It evolved from the Trans-Pacific Partnership (TPP), which never entered into force due to the withdrawal of the United States. The eleven signatories have combined economies representing 13.4 percent of global gross domestic product, at approximately US$13.5 trillion, making the CPTPP one of the world's largest free-trade areas by GDP, along with the United States–Mexico–Canada Agreement, the European Single Market, and the Regional Comprehensive Economic Partnership. The TPP had been signed on 4 February 2016, but never entered into force, as the U.S. withdrew from the agreement soon after the election of president Donald Trump. All other TPP signatories agreed in May 2017 to revive the agreement, with Japan widely reported as taking the leading role in place of the U.S. In January 2018, the CPTPP was created as a succeeding agreement, retaining two-thirds of its predecessor's provisions; 22 measures favored by the US, but contested by other signatories, were suspended, while the threshold for enactment was lowered so as not to require American accession.

The formal signing ceremony was held on 8 March 2018 in Santiago, Chile. The agreement specifies that its provisions enter into effect 60 days after ratification by at least half the signatories (six of the eleven participating countries). Australia was the sixth nation to ratify the agreement, on 31 October 2018, and it subsequently came into force for the initial six ratifying countries on 30 December 2018.

The chapter on state-owned enterprises (SOEs) is unchanged, requiring signatories to share information about SOEs with each other, with the intent of engaging with the issue of state intervention in markets. It includes the most detailed standards for intellectual property of any trade agreement, as well as protections against intellectual property theft against corporations operating abroad. 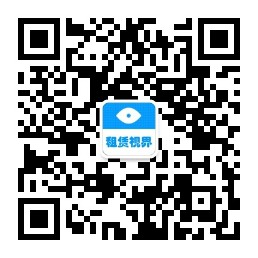